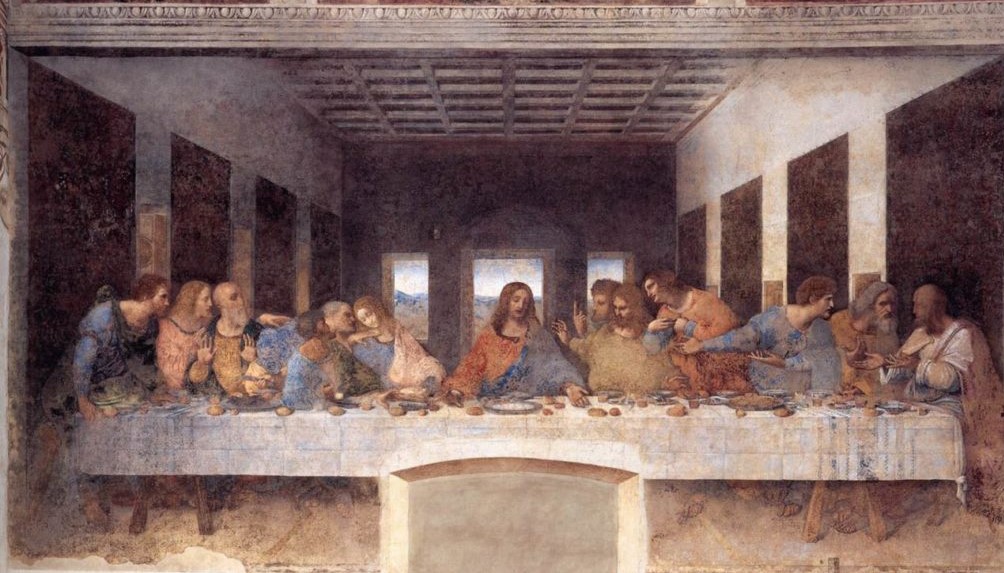 The Renaissance was a time when Christian piety and rational discovery challenged and justified each other. Leonardo da Vinci was a man of his time — the quintessential Renaissance Man.

Just yesterday, I was thinking about the worldwide fame of Leonardo’s Last Supper, which he painted in the late 1490s on a refectory wall at the monastery of Santa Maria delle Grazie in Milan. The scene is imbued with religious symbolism that would have held deep meaning for virtually anyone who might have seen it then.

Never in Leonardo’s wildest imagination could he have conceived of the global masses that have viewed his Last Supper in the last half century, either in person or through photographic reproduction. Nor, I thought, could he have imagined how little meaning it would have to so many of those people.

Meaning and context are intertwined, so meaning changes as time progresses. I surmise that, today, most viewers of Leonardo’s The Last Supper — many Christians included — don’t see in it much of what would have been readily understood during the Renaissance.

Hot on the heels of those musings, today a fellow art geek sent me a link to The Hidden Symbolism Within Leonardo’s ‘Last Supper.’ The article makes the point that Leonardo would have strived to use every available means to make visible the devastating significance of Christ’s revelation (of the betrayal of one of his apostles) on “the historic, emotive and metaphysical levels.”

The article considers the ways Leonardo leavened the scene with symbolism, from the relatively new technique of one-point perspective, to Pythagorean musical ratios, to Christian numerology.

As the author points out, “Given the depth of thought that Leonardo placed into all his work, we can be sure of one thing: everything we see was done on purpose.”